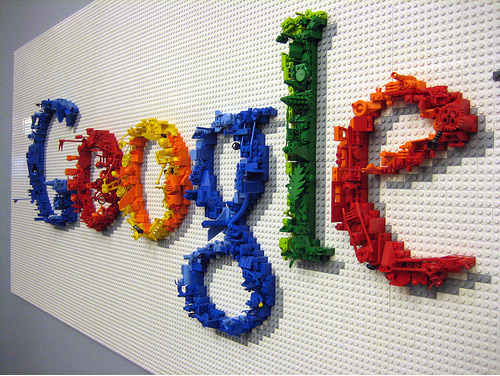 Today it seems there has been a big shake up of long standing sites with good Google SEO in the UK with the Google Freshness Algorithm search quality coming into affect. How this affects ecommerce sites and other businesses in the UK that have had high SEO ranking and built their businesses on consistency and rely on Google being the main search engine as their sole source of new business only time will tell. They will need to increase their Google Adwords budget to stay afloat or look at alternative SEO or marketing strategies.

This came to my attention after noticing competitors sites falling in ranking and after checking my sites keywords today with my SEO app I noticed some of our long standing old pages that have not had an update for a long time being knocked down like never before along with some competitors sites who have held their position for months or even years. New sites and newly redesigned sites seem to be leading the way in the search and maybe the new rising stars.

Can it be so that the Google Freshness Algorithm has finly been implemented in the UK? There are many blogs out there illustrating which sites have been affected in a positive way and others which have seen significant falls and new material and a two thumb approach to freshness of information is the key to success.

The Google Freshness Algorithm came into affect in the US in November 2011 but if it went worldwide on that day nobody seems to have the answers.


Thank you for reading my blog, I would appriciate any opinions.

Posted by orionairsales at 20:21 No comments:


RNS Number : 1367Y
Ceramic Fuel Cells Limited
27 February 2012
Monday 27 February 2012
Half Year Accounts
Key Points:
-- Three-fold increase in revenue
-- Five-fold increase in unit sales
-- Significant increase in international sales and service channels
Ceramic Fuel Cells Limited [AIM / ASX: CFU] - a leading developer of high efficiency and low emission power products for homes and other buildings - today released its interim financial results for the six months ended 31 December 2011.
Revenue for the period increased three-fold to AUD 3.3 million, from AUD 900,000 in the previous corresponding period. During the period the Company recorded sales of 67 units, a five-fold increase in sales compared to the December 2010 half year.
Cumulative orders doubled from July to December 2011 - to a total of 614 units. Orders for 100 units or more were received from distributors in Germany and The Netherlands, and from E.ON UK. The current open order book of 476 units will deliver increased revenue and cashflow in future quarters.
During the half year the Company added significantly to international sales and service channels. BlueGen distributors were appointed in key markets of Germany and The Netherlands. Local installation and service partners were trained in Europe, United Kingdom and Australia.
Ceramic Fuel Cells continues to invest in product development, and will continue to scale up for future growth. A placement and a rights issue during the half year raised AUD 16.4 million.
Ceramic Fuel Cells Managing Director Brendan Dow said recent developments in European markets had added significantly to the attractiveness of the company's products. "The German Parliament has proposed an increased feed in tariff for products like ours, and German states have announced market introduction programs. Earlier this month we stated that we welcomed the UK Government's announcement of an increase in the feed in tariff for micro power and heating products (m-CHP), which includes our BlueGen product. There is no doubt that governments the world over are seeing the benefits of distributed generation of electricity, particularly technologies like ours which significantly reduce carbon emissions."
BlueGen delivers an electrical efficiency of up to 60 percent - the highest in the world. When the heat from BlueGen is used to produce hot water, total efficiency increases to up to 85 percent. The BlueGen product is the first and currently the only fuel cell m-CHP product to receive certification under the Microgeneration Certification Scheme (MCS) and be eligible for the UK feed in tariff.
In November 2011 the Company signed a Manufacturing Services Memorandum of Understanding with Jabil Circuit Inc, a global electronic manufacturing service provider with 55 factories in 22 countries and annual revenue of USD 16 billion. Jabil's global cleantech business unit makes a range of energy products including solar panels, smart grid meters and wind turbines. Under the MoU, Ceramic Fuel Cells and Jabil will work together towards scaling up manufacturing volumes of Ceramic Fuel Cells' Gennex fuel cell module and BlueGen product and reducing unit costs quickly, whilst maintaining consistent quality and security of supply.
The Directors' Report and Financial Report for the half year are available at www.cfcl.com.au.

Posted by orionairsales at 13:23 No comments: